Having first announced to my students that we would be part of a very special, brand-new project called Virtual Reality for Language Learning, I was assailed by mostly confused looks and inaudible protestations. After the initial shock, and to break the awkward silence, I went on to assure my class that nothing terrible would happen to them in the real or virtual world while they were distracted role-playing an astronaut whose life depended on fixing a transmitter on some remote space station. I showed them a quick walk-through of the mission in the form of a video clip and almost immediately, the tension in the room eased up and I started to notice curiosity across the faces of my students. 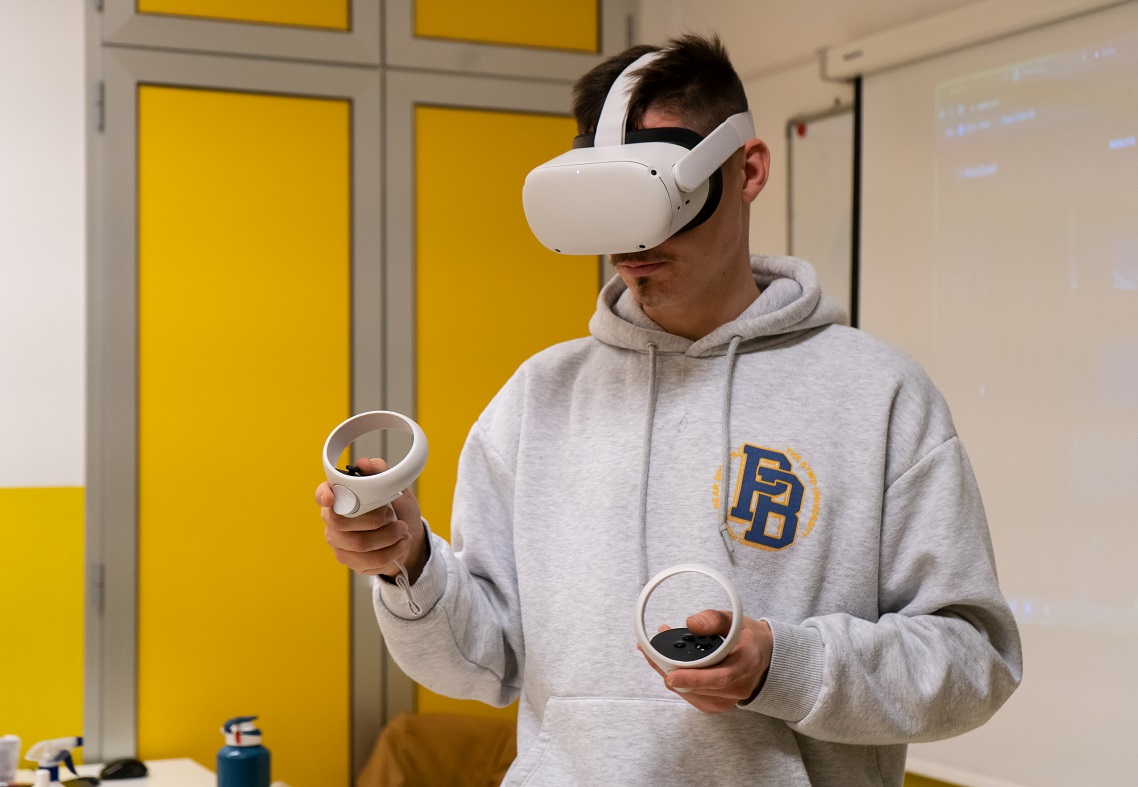 An enthusiastic sixteen-year-old raises his hand to volunteer to be the first to attempt the mission. He puts on the headset and grabs the controllers, albeit a bit awkwardly, and begins to navigate the virtual world around him with such engrossment. His classmates pick up on this and start to give their own spontaneous suggestions and instructions. All of a sudden, the entire class is participating and interacting with the astronaut to ensure the ultimate goal is accomplished. “That’s not the wrench… that’s the screwdriver, can’t you see?”, “No, you have to put the removed cover in your inventory before replacing the motherboard!”, and similar interjections fill the classroom alongside abrupt bursts of laughter at the astronaut for dropping his tools or going the wrong way. The students complete the mission in record time. “Could I go next?”, asks another student.